In addition to New Delhi store, Yamamay is planned to expand rapidly first in North India before taking the brand Pan India by 2021. 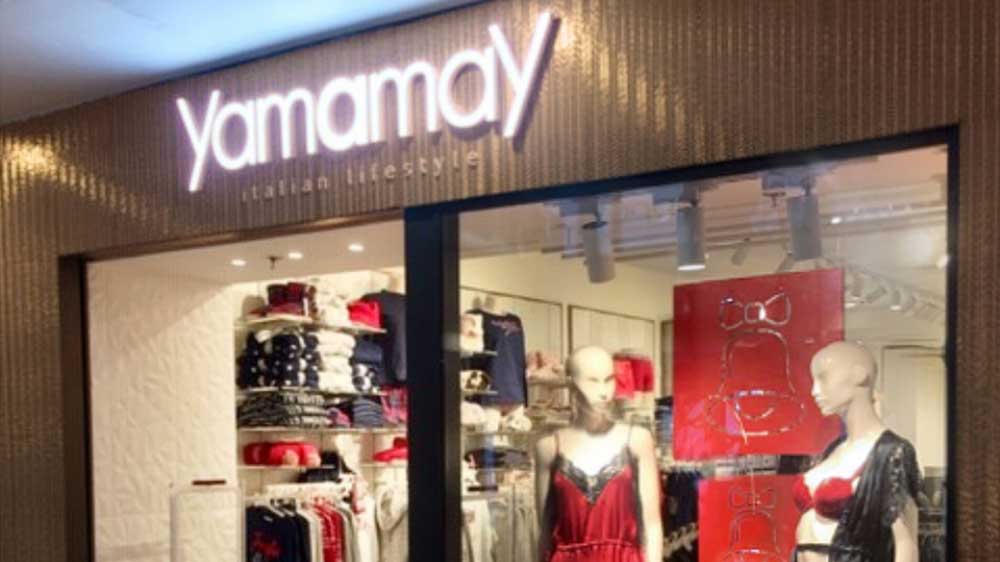 Trendy Italian underwear, clothing and swimwear brand Yamamay has launched its flagship store at one of the most important shopping centres in India, Select CITYWALK, finally bringing its exclusive international fashion ranges to local shores.

Yamamay officially opened its doors in New Delhi, launching with the latest lingerie and sleepwear from its exquisite Fall/Winter 2019 collection, as well as the coveted CR7 Underwear Collection by Cristiano Ronaldo. The brand plans to introduce swimwear ranges for men and women later in the season.

Anurag Ahuja, Director of shopaholics, which has partnered the Brand for Entire North India, said, “It’s our pleasure to launch the first Yamamay Store in a prestigious mall, Select CITYWALK to start the journey of the brand in India.”

“Our mission is to enter into the heart of every Yamamay woman, making the store an emotional and engaging environment, a parallel world where consumers can fully benefit not only from our products’ excellent quality/price ratio, but also from the added value represented by the desire to escape from the clichés of everyday life, to differentiate oneself from standardized choices by purchasing our striking collection,” he added.

Yamamay is an Italian brand famous for its racy yet sophisticated fashion, which includes underwear, corsetry, swimwear, nightwear, clothing, and accessories. Established in 2001, the brand boasts a network of over 700 stores worldwide.

The brand-new chic and colourful store is situated at Select CITYWALK, Saket, which places it close to many of New Delhi’s most iconic fashion brand stores and outlets.

Gianluigi Cimmino, CEO of Pianoforte Holding, which owns the Yamamay brand, stated, “I’m very proud of this new opening in New Delhi. India has long been a key destination for the world’s most sought-after fashion brands, and we believe that Yamamay’s reinforced presence in the market is not only a significant step for the brand’s international footprint, but also brings New Delhi consumers the calibre of international fashion they deserve.”

In addition to the New Delhi store, Yamamay is planned to expand rapidly first in North India before taking the brand Pan India by 2021.