Big Bazaar ties up with MobiKwik 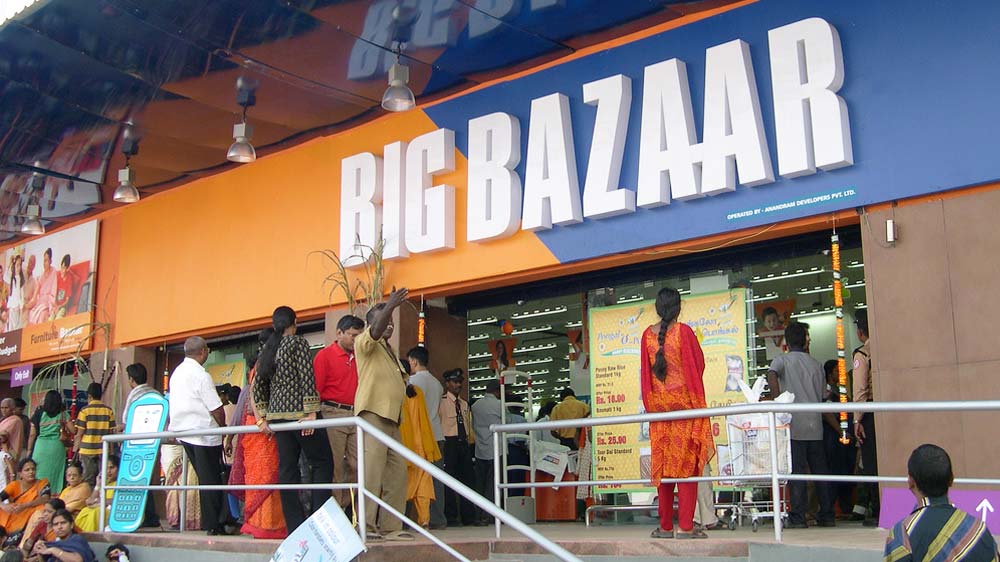 The tie-up will be extended to other Future Group entities like Central, Brand Factory, Home Town and e-Zone in the coming quarter. "MobiKwik wallet users can pay through their mobile at any Big Bazaar payment counter by sharing their registered MobiKwik mobile number and a one-time-password (OTP) for verification of the transaction," MobiKwik said in a statement.

This cashless and card-less shopping experience is now live across over 240 Big Bazaar stores across India, it added.

"In the coming quarter, MobiKwik also plans to extend this partnership to other offline stores under the Future Group umbrella that includes Central, Brand Factory, HomeTown, e-Zone, among others and is expected to total close to 150 million transactions annually," it said.

The tie-up is a part of MobiKwik's offline retail expansion strategy, under which the company aims to tie up with 1.5 lakh offline stores and facilitate payments for 100 million users by 2015-2016 as reported by PTI.

"The MobiKwik Wallet integration will bring us closer to millions of consumers and is an integral part of our multi-channel payments strategy. The operational efficiencies will create significant value for our customers," Future Group Founder and CEO Kishore Biyani said.

MobiKwik claims to have over 17 million mobile wallet users and 50,000 merchants on board.

"With the rapid adoption of smartphones, mobile internet, and e-commerce services by users in India, mobile wallets are now ready more than ever before to disrupt how payments are done in the country," MobiKwik, Founder and CEO Bipin Preet Singh said.

The company believes its product strategy and expansion of footprints across the country would fuel the growth. It is hopeful of the summer launches in ACs and refrigerator segments. Looking ahead for the upcoming festive season, the company’s plan is to build on these recent major launches and drive preference for the brand.