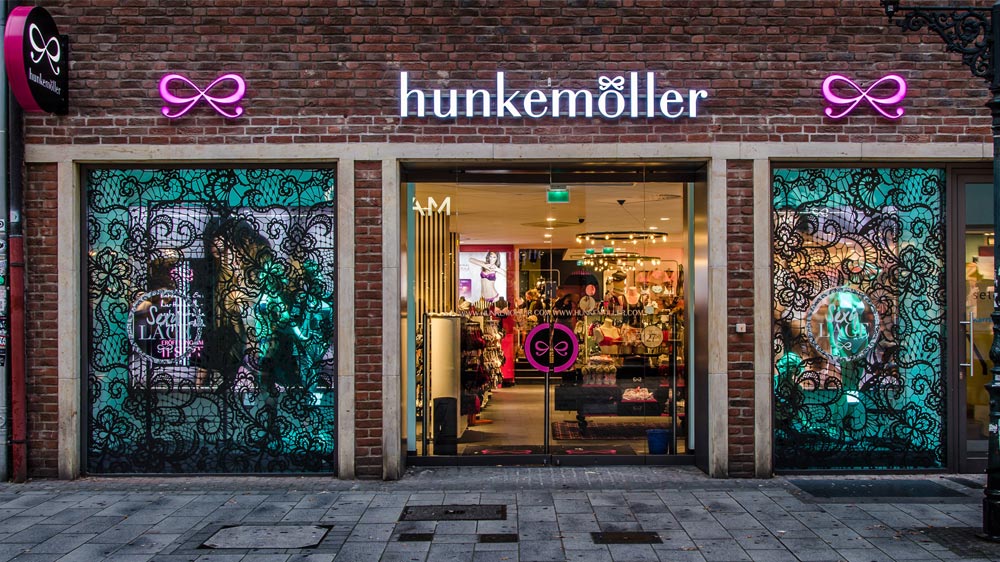 Reliance Brands Ltd (RBL), a part of Reliance Industries Group announced an exclusive long term franchise agreement with Hunkemöller, one of the fastest growing European lingerie brands. RBL will bring international lingerie specialist Hunkemoller to India by setting up independent standalone stores across major Indian cities by 2015-2016. Together RBL and Hunkemöller are looking forward to creating a network of stores across all retail channels pan-India.

Reliance Brands current portfolio of brand partnership comprise of international brands such as Diesel, Brooks Bros, Ermenegildo Zegna, Steve Madden, Superdry amongst others. They will also support Hunkemöller to establish business in this new market. Commenting on the partnership, Darshan Mehta, President and Chief Executive Officer, Reliance Brands Ltd says, “Indian lingerie industry has come of age. The concept of lingerie has got redefined and upgraded itself from mere necessity to a fashion statement. The feel of comfort, style and gorgeousness is sincerely incorporated in the Hunkemöller brand. By bringing Hunkemöller to India, we want to inspire women and invite them to experience the world of lingerie.”

Hunkemöller has nearly 700 stores in 18 countries of which 10 are run by professional franchisees. These include Bahrain, Russia, Egypt, Morocco, Aruba, Curacao, Oman, Saudi Arabia and United Arab Emirates. After India, Panama is a new franchise market for the Dutch brand offering the latest lingerie trends to the Central American women. Hunkemöller was founded in 1886 in Amsterdam by Wilhelm Hunkemöller and his wife Josephina Lexis. Hunkemöller is an originally Dutch company and the largest high-street lingerie brand of the Benelux. With some 4,000 employees, the brand is rapidly expanding throughout Europe.

“We are truly excited about the strategic partnership with RBL. Reliance has a strong understanding of the Indian market, its tastes and cultural differences, which will enable Hunkemöller to grow rapidly,” says Philip Mountford, Chief Executive Officer, Hunkemöller.