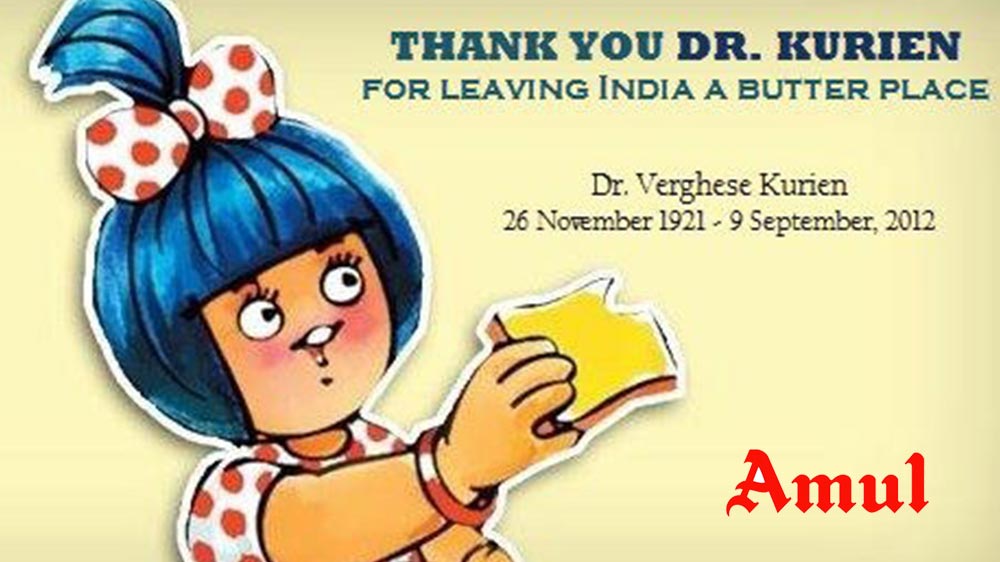 Dr. Verghese Kurien, the Former Chairman of Gujarat Co-operative Milk Marketing Federation (GCMMF) that owns Amul passed away on September 9th 2012. He served GCMMF from 1973 to 2006 and was the man behind the mammoth success of Amul. Recognised as Father of India's White Revolution and the architect of Operation Flood, Dr. Kurien contributed invaluably in making Amul, one most admired brands in Indian market that has become Asia’s largest dairy products retailer today. Amul, a $2.5 bn entity has extensively leveraged franchise model to spread its footprints across India and it has truly revolutionised the Indian retail scenario. It is one of the most successful franchised brands not only in food business but across sectors by offering excellent low cost business opportunities for entrepreneurs.

The brand has varied retail formats such as Amul Preferred Outlets, Scooping Parlours and Cafe Amul and has strong pan India presence with around 6,400 exclusive retail outlets.